It’s Important to Believe in Santa 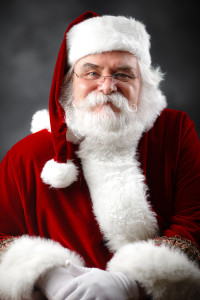 The following was written by Mahleah Chicetawn in 2011.  She makes some really strong points on why it’s important, not only for kids to believe in Santa, but for us to hold on too.

The first time a child learns that Santa Claus doesn’t exist, they feel duped and sometimes feel angry or sad. So why is it important for people, not just kids, to believe in Santa?

It’s important to keep the image of Santa alive even if your kids don’t believe in him anymore because he represents so much more than just presents; he represents hope and joy even if the world is a little chaotic.

This year, bring jolly old Saint Nick back. On the gift tags, write his name under the word from. Even if your children are older, they’ll get a kick out of it and you may even see a glimmer of joy in their eyes.